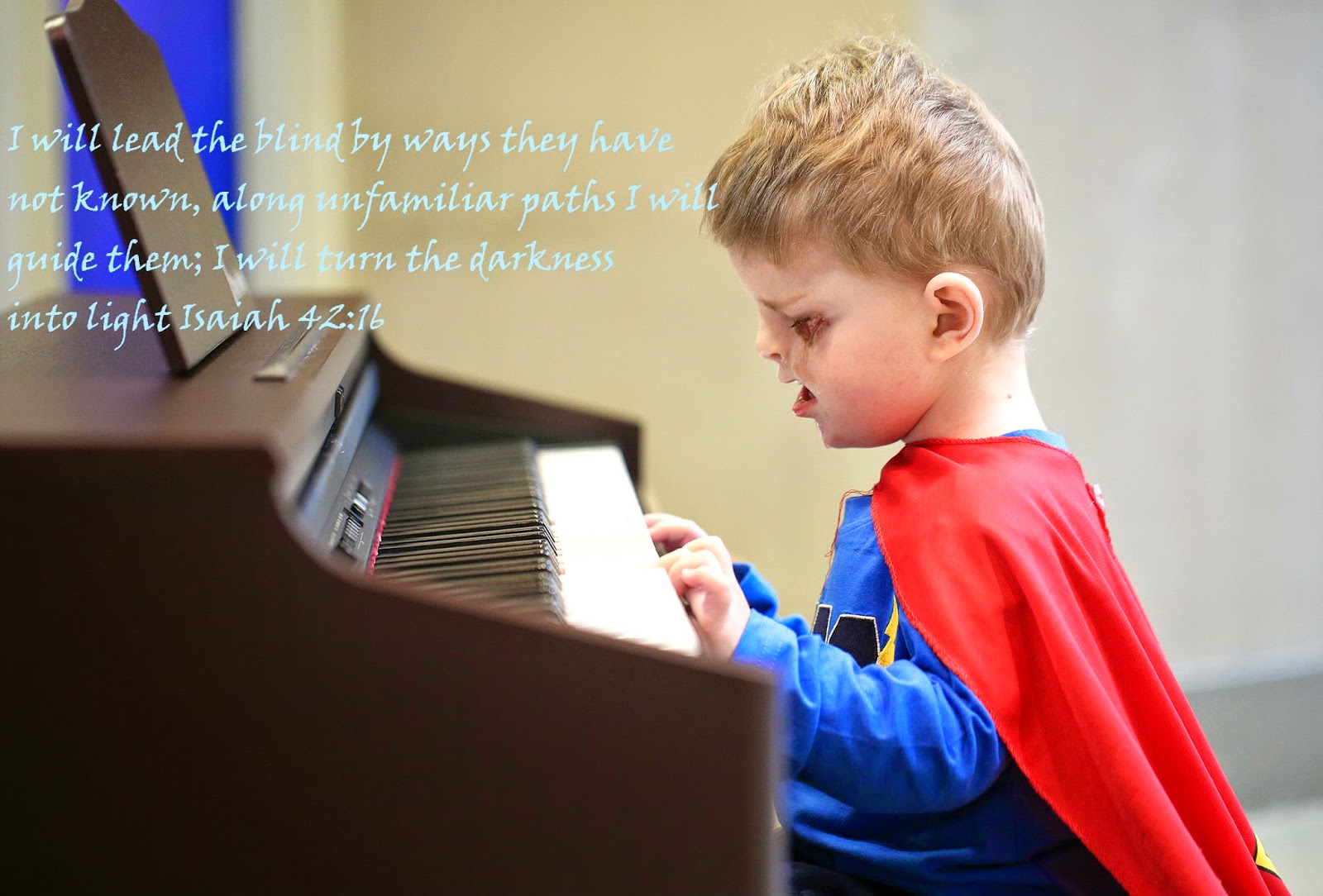 Miracles still happen. I know because today I witnessed one. Today was surgery number 6 for my sweet little Christian. I have been dreading it. It never gets easier and each time is always a little different, so there is only so much to be said for "preparing." How do you prepare yourself to place your entire life into the hands of a stranger in scrubs? How do you prepare yourself to see the love of your life scared, confused, and in pain, all while you are totally helpless to make it stop? That's kind of what it's like each time. And although I always spend the several days before surgery crying profusely and constantly in prayer, and although nothing I do makes it easier to bear when the time comes, each time I witness a miracle.

Today was probably one of the most amazing miracles so far. It's so amazing what God will do sometimes. I've been praying for Christian and the doctors for over a month now. I asked God to give the doctors the skills and wisdom to perform the surgery, I even asked Him to give them a good nights rest the night before surgery so they could have a clear mind that day. For Christian, I prayed especially for good pain control, that he have peace before and after surgery, and honestly, just that I would get to hold him again once this was all over. 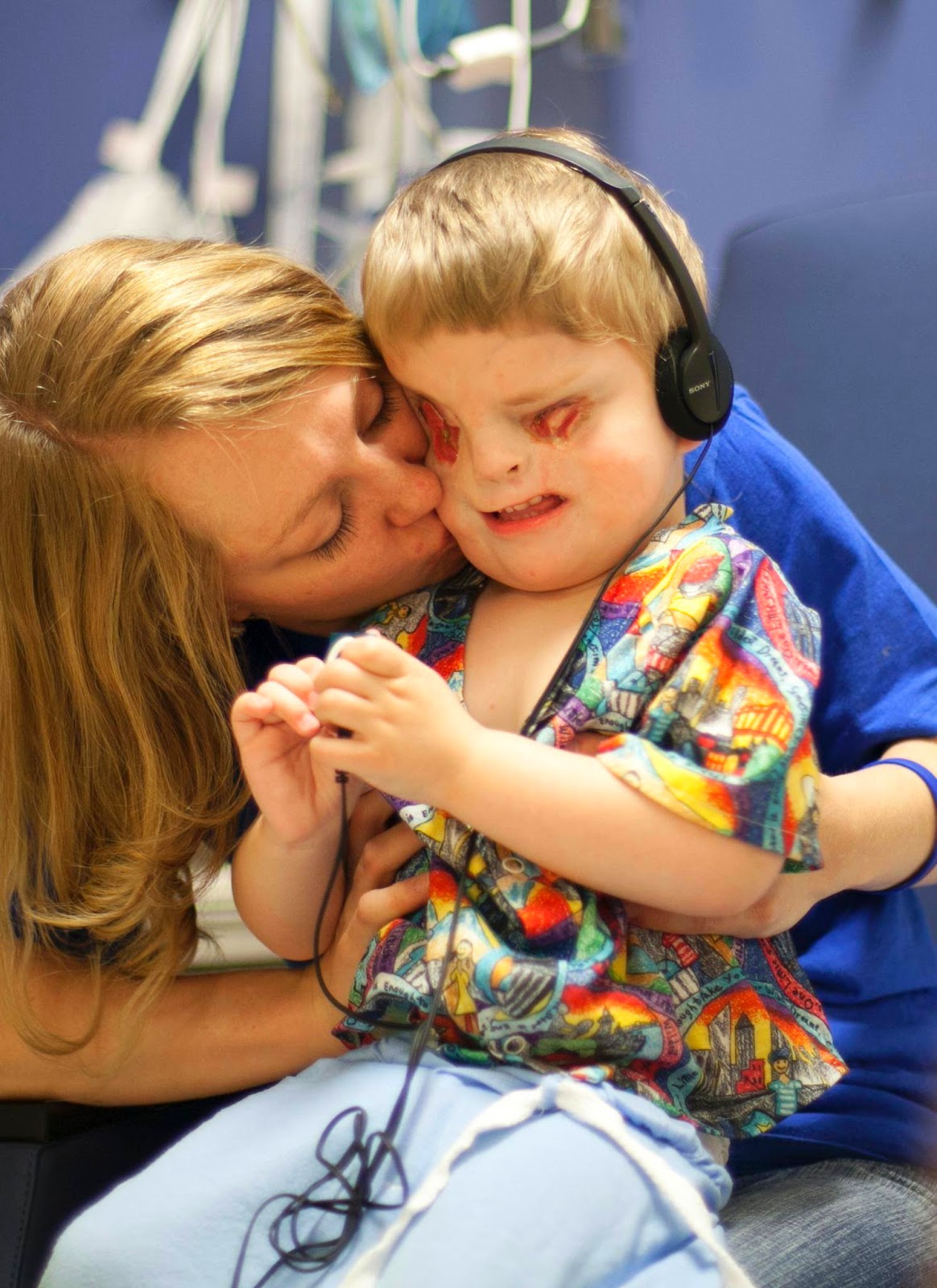 But God did so much more.

Christian's cleft palate, before any surgery, was 18mm wide. That number doesn't mean much to anyone who isn't a plastic surgeon until you compare it with other cleft palates. What most surgeons would consider a "hard to close" cleft palate is around 10 to 12mm wide. Christian's is almost double that. Comparably, that's a huge amount of space to fill in the roof of his mouth.

When he went in today, Dr. Flores, Christian's surgeon, explained to us that he couldn't give us exact details about what would happen during surgery because it would all depend on Christian's tissue and muscles once he got into his mouth. The goal was to close Christian's soft palate, and he gave us a few examples of how that might play out once surgery began. What Dr. Flores thought would probably happen is that he would pull Christian's palate together from the right and the left, but there wouldn't be enough tissue there to reach all the way across. So, to fill in that gap, he would do what is called a pharyngeal flap where he would cut tissue from Christian's throat and, leaving it attached to the throat at one point, flap it toward the palate and use that tissue to cover the hole. Although pharyngeal flaps are  not new, combining one with a cleft palate closure is. Dr. Flores had never performed this operation before. In fact, he created this procedure just for Christian. Although there are always risks with surgery, that creates a bigger risk. The flap that would be created would cause some swelling in his throat that otherwise wouldn't happen. Swelling in the throat can mean difficulty breathing. This was my biggest fear for this surgery, that Christian would have trouble breathing on his own.

That is why I especially put out requests for prayer for this surgery. I will be honest when I say that I was scared out of my mind this time around. I'm scared every time, but this time was more intense. This time I knew that there was a greater chance (however small) that A`when I handed Christian over to the nurse that I might never see him again. I know that is always a risk you take when there is surgery, but this time the risk was so much more real. This time there were sobs instead of just silent tears.  And as I handed him over, I told him how much I love him, knowing that it could be my very last chance to say it to him.

It's funny to me to hear people say I'm so strong, because in moments like these, I don't feel the least bit strong. My body literally shakes with fear, my legs will barely carry my weight, my voice cracks and breaks and I basically have to force the words out. The night before surgery, I laid in the floor next to Christian's bed and cried most of the night because I was too scared to leave his side. I think sometimes people picture me standing courageously by Christian's hospital bed as we face these trials, when really I spent yesterday getting sick in the waiting room bathroom during our 3 and a half hour wait. I was even afraid to ask God for the best surgery outcome possible because I was just desperate for Christian to make it through and didn't want to push my luck. 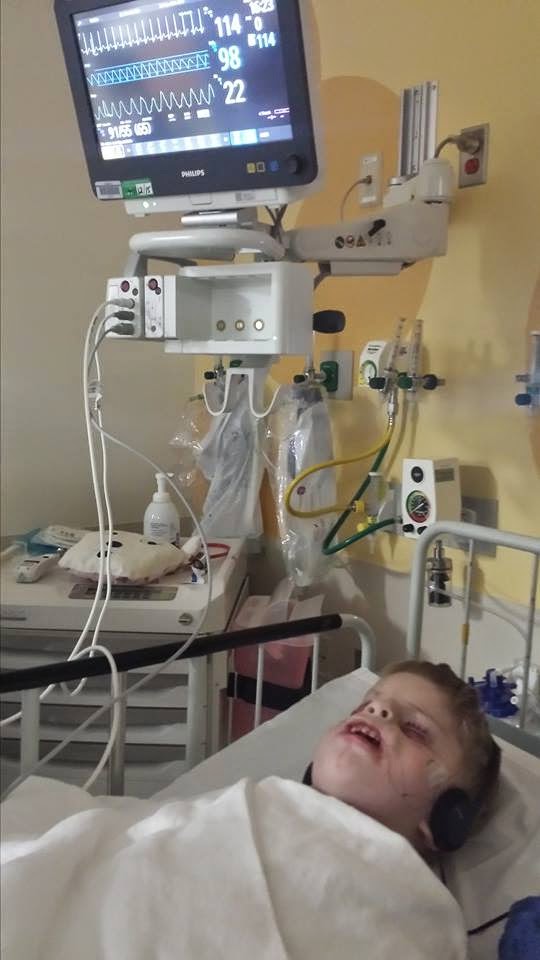 But God knew what lay ahead for Christian long before it ever happened, and His plans are good and His plans are not persuaded by my fears. Thank God that He understands my weakness and when I struggle with my faith, He isn't angry with me. He just restores and strengthens my faith instead.

We've all agreed that we aren't sure "medically" how it happened that Christian's palate narrowed some on it's own, but we all know the truth. God is faithful and we are thankfully. We witnessed a miracle today at 705 Riley Drive. It isn't the first we've seen and I'm sure it won't be the last. 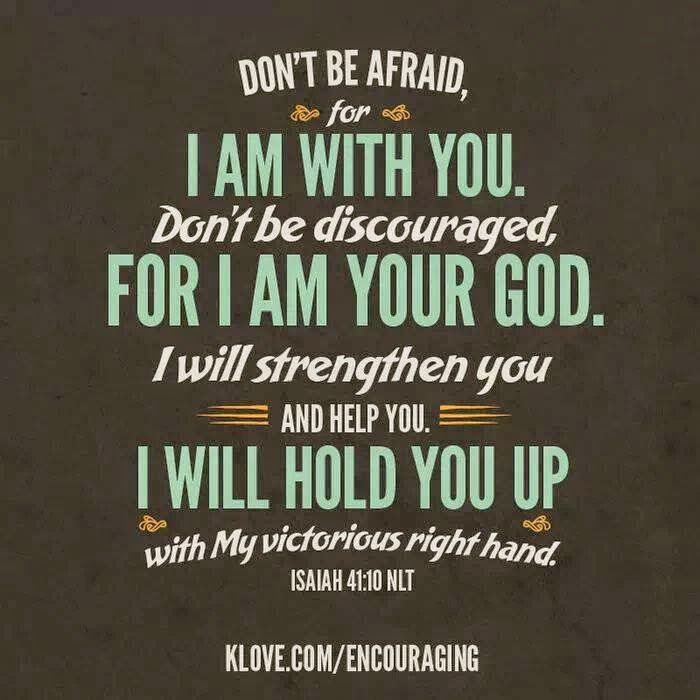