If it Was Easy 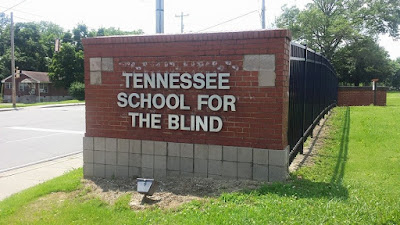 Last week we visited Tennessee School for the Blind. This was a trip that I have been hearing about for about a year. I’ve known it was coming, but I had no idea what to expect. There was some anticipation with a touch of dread mixed in about this trip.

The purpose of this visit was an evaluation. That single word is too small to really describe what all took place, really. Christian was evaluated on pretty much everything. His vision was checked (no brainer, but they did have an ophthalmologist just take a look, to confirm his vision impairment. It’s always good to have it documented on paper.) The school AKA TSB also brought in physical, occupational, and speech therapists, vision teachers, orientation and mobility specialists, assistive technology experts, a psychologist, and just an entire array of specialists to do this evaluation. He was ranked against other blind children his age to get a more accurate measure because it doesn’t really give us a good picture to try to compare his against typically developing kids. So, in short, this was a comprehensive study of Christian and where he is in all areas of his development and how his vision impairment is affecting his development. 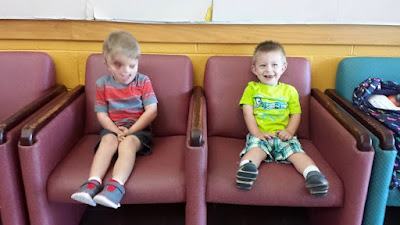 The evaluation was a week long event, starting bright and early Monday morning. We live about 60 miles from the school, and our route there includes metro interstate rush hour traffic, if that tells you anything. So, our 60 mile trip took around an hour and a half instead of around an hour. Each day, Christian would go with his “teachers” as we called them, and play and work and get evaluated. He was asked to do a variety of tasks ranging from simply pretending to drive a car (which he struggles with) to working an assistive communication device (which he caught on to extremely fast, go figure). I would go to parent sessions to learn about the school, IEP meetings, assistive technologies that are out there for the visually impaired right now and such.

Christian was tested for a sensory processing disorder, because he is very averse to certain things, like painting with his hands or touching unfamiliar textures.  He was evaluated on many different areas of development including gross motor, fine motor, cognitive ability, and the list goes on. I honestly can’t even remember them all and don’t have the paperwork back yet to be able to list them to you.

So that is, in a nutshell, what the evaluation was. Before I get into the findings and what we learned, I wanted to just say a little about Tennessee School for the Blind. If I could only choose one word to describe it, I would say “amazing!” We were met every single morning with nothing but smiling faces and cheerful demeanors. Christian absolutely loved going to the classroom and “playing.” In fact, he would cry when we had to leave each day. If you know Christian, you know that is a big deal because strange place plus strange people plus strange things he’s being asked to do plus mom isn’t around plus there is not even a smidge of our regular routine in sight equals meltdowns for Christian man. He just generally does not handle any one of those things well, so to combine every single one of them together, I thought might be a recipe for disaster. But in true Christian fashion, he proved me wrong again and flourished and excelled while he was there. The school is obviously well funded. They have the most massive playground I’ve ever seen. I’m talking it puts any of our local parks to shame. The playground is fully equipped with equipment to accommodate any and every kind of disability, from wheelchair accessible swings to ramps going up to the jungle gyms. It was flat out incredible. We were offered a sleeping and common area to spend time in, which included a kitchen for our use(stocked with snacks), television, and all the amenities that we might need to be comfortable. The teachers and all the staff were not only good at what they did, they were passionate about it. I could tell by the end of the week just how invested they had become in Christian and his education. There were a few teachers who especially took to Christian, and he reciprocated by taking right back to them! Christian would ask for a few teachers specifically each morning when we got to school (Ms. Mo! J)

So, now to the results of the evaluation. I haven’t gotten any of the paperwork or reports back yet, but all of the teachers and therapists sat down with me late Thursday afternoon and discussed the findings with me, so I will do my best to summarize them here. Several things that we did learn was that Christian no longer needs his AFO’s (Ankle-foot orthotics). He has been using them since he began walking because of his clubbed foot. They are important and helpful and really just a pain, so I am excited to be done with them! We learned that Christian’s gross motor function (think walking, climbing, jumping, etc. ) is really good.

The speech therapist recommended an assistive comunication device for Christian, to help him get across his thoughts to people who might unfamiliar with him and not used to listening ot him speak. Unless I know the context of what Christian is talking about, it's even hard for me to understand him sometimes, so I do believe that some sort of assistive device will be extra helpful for him. I can't wait to see how that works for him and helps him speech grow! 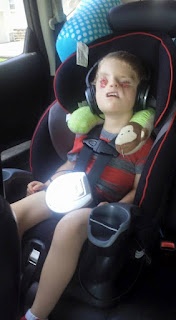 We also learned that Christian is very far behind other blind kids his age in  speech, cognitive ability, self-help, and basically every area they tested. In fact, he tested as low as 18 to 21 month old range in some areas (I believe self-help was his lowest), and I’ve got to say, I’m surprised but also….disappointed. After four years of what seems like constant therapies and constant work, I feel almost defeated to know that Christian is still that far behind his blind peers. I’ve always known he was behind his sighted peers, and that’s just to be expected. But YEARS behind other kids just like him? That’s just hard to swallow. I almost feel like all the work we’ve done just hasn’t been enough, and yet I know there’s nothing else we could’ve done.
Because Christian showed to have more than 4 areas with more than 40% delays, he is now considered “multiple disabled” for the purposes of the school system. *sigh*

Overall, the week was exhausting, physically for everyone, and emotionally for me. I am thankful that we had the evaluation done so that we can begin targeting the specific areas that will help Christian the most. I am thankful that he is so positive and happy despite facing such daunting challenges. But I definitely feel overwhelmed with the task still ahead. I am trying not to ask myself "How are we going to do this?" or "Why can't this be easier. Why Christian?"

Of course, these delays can be explained by Christian’s cleft and lengthy surgical history, but *sigh* it sure is disappointing to hear that all that work has only gotten him that far. It just doesn’t seem fair, really. All we can do really is just keep working and praying. I know that Christian will be successful in school and whatever career he chooses, but man, sometimes I wish the road we have to travel to get there could just be a little bit easier. I guess if it was easy, everyone would do 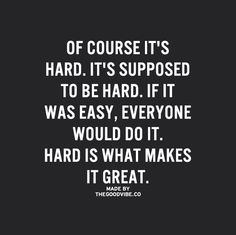