"You will never influence the world by trying to be like it." 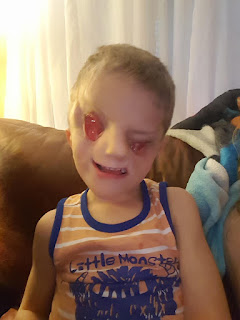 I can't think of any better life motto for Christian than this. Christian can't be like the rest of the world even if he tries. Everywhere Christian goes, he stands out. He is different. That is just a fact. No need to dance around it. He is marching to the beat of his own drum in life.

And I couldn't be happier about it.

Christian and others like him are changing the dialogue about disability and life BECAUSE they are different and because they are not like everyone else.

I heard a line in an episode of Supernatural once (years ago, before kids, when I actually got to watch TV sometimes). Dean Winchester said "Most people live and die without ever moving more than the dirt it takes to bury them." That line shook me. I wanted to make sure that I was never one of those people. I also hope the same for my children.

The social norm is to be the same as everyone else, fit in, don't make waves, fall in line; and that is a great way to never make any meaningful change in the world. 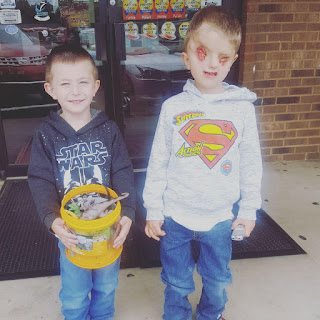 While society tells us to conform and be like everyone else, I think the real answer is to stand out, stand up, and be different!

Christian has no choice in some ways but to be different, and I hope to raise him to know that there isn't anything wrong with that! Chandler, too! I want my boys to embrace who they are and love themselves regardless of whether society thinks they are good enough or not. I don't want my kids applying societal standards to themselves, because when we do that, we will always come up short. I don't want my children feeling obligated to measure up to some standard made up by who knows that tells them that they have to be someone else because who they are isn't good enough.

It's freeing to embrace who we are and love ourselves. It's freeing to know that we don't have to measure up to some random and arbitrary standard that...who created?!?! It's really meaningless to constantly try to measure up to that false standard anyways when you really think about it. It's a never ending tail chase. It sends us into a constant chase to attain that "perfection" that isn't really attainable to begin with. It's always changing so even when we reach one goal, we end up missing that moving target and have to move on to the next one just to rinse and repeat.

There is so much beauty to be seen in the world that doesn't fit inside a neat little box. Beauty isn't some certain, well defined, particular set of rules. Beauty can be found in the most imperfect of people, in the things that the world does not define as beautiful, and in the most unexpected places. All we have to do is look.

I am raising world changers, not world conformers, and in that, I want them to know beyond a shadow of a doubt that their differences and the things that the world might consider as "strange" or "weird" or "wrong" are in fact, not strange, or weird, or wrong. Those attributes might be the exact tools they have been equippied with to help them change the world! 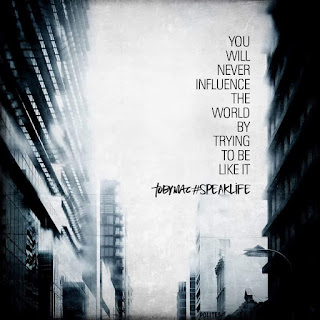