Surgery As Christian Gets Older 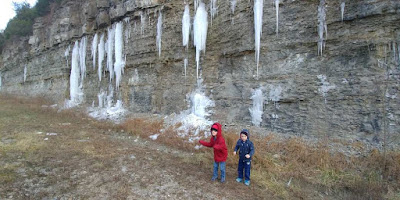 For your enjoyment, I have scattered some photos throughout this blog of a stop the boys and I made on Wednesday. These icicles were hanging all over the rocks lining the road on our drive home from therapy. It's been arctic cold temps here so these have formed from the water expanded as it freezes and being forced out of the rocks.
Chandler kept asking me about them as we drove, and Christian was curious as to what we were talking about, so we just stopped and explored them. The boys loved it but it was COLD! :)

Surgery number 8 is coming up (Tomorrow as I write this, and today as you are reading this) and since it's been a while since we've had a surgery, I have found that we are dealing with something a little different this time around that we haven't had to deal with before.

Christian understands what is about to happen. When he was younger, I tried talking to him about what was going on, but I knew that it didn't really register with him. I mean, he was three. But now, although he doesn't fully comprehend what surgery is, he does understand on some level what it means. 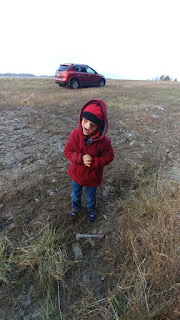 On Tuesday evening he was playing in the floor when he said "My ear hurts!!! I can't hear anyfing!" (I love how he says fing instead of thing lol). This has been happening on and off for months now. He's been on two rounds of antibiotics since early November and the ear infections still persist. It all started when he broke his nose. Maybe it knocked some drainage into places it wasn't before and that is causing it, but I suspect mostly that it's because of the time of year it is and the fact that our whole family has had two colds pass though the house this winter. When we get colds, we pump up our vitamin C and kick them. When Christian gets a cold, he has sinus drainage that just won't go away without way more antibiotics than I'm comfortable giving him. 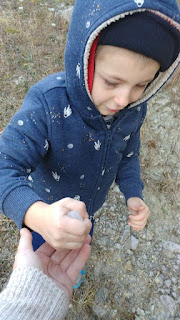 So, when he broke his nose and got a concussion in early November (he fell on our steps, click here if you'd like to read about it) and had a CAT scan to make sure there was no brain bleeding to go along with the concussion and double fracture of his nose. There was so much mucus in Christian's sinuses that the radiologist noted it when he read the scans. The attending doctor even laughed when he read that the radiologist diagnosed otitis media of the right ear via CAT scan. But the radiologist was right. When we followed up with ENT a couple of days later, sure enough, Christian had an ear infection. This has been the ear infection that keeps on giving because it still hasn't gone away two months later.

So now, tomorrow is surgery number eight, which will include his 4th ear tube placement and this time, adenoid removal. We are hopeful that removing Christian's adenoids will give him some relief from the sinus issues he constantly has to deal with. Because the procedure will involve more than just ear tubes, Christian has to have IV anesthesia this time, which always make me more nervous.

So last night, when Christian said his ears were hurting, I saw my chance. I told him that I was going to have to call his ENT and talk to him about getting Christian some ear tubes. Christian remembers his last set, so he immediately had lots of questions. I explained to him that the tubes would help him to hear better and help his ears to stop hurting. Christian was actually excited to be able to hear again. I am excited for him. He has been telling me for a month now that he can't hear words when I talk, and asks me constantly now, "What did you said?" (heehee) because he can't hear me due to all the fluid behind his ear drums. 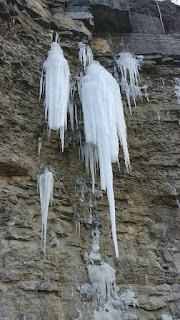 I didn't tell him when the procedure would be, because I don't want him to stress too much about it, but I told him it would be soon. So, he woke up this morning and asked me if the surgery would be today (Wednesday). I said no but told him "soon." He asked questions the entire drive to therapy. He asked me about the mask and how it would feel. He asked me if it would hurt. He wanted to know again exactly what his doctor would be doing. I reassured him that I would be right there when he woke up and that we could then go home.

He seems much calmer than I expected about the whole situation, but I sometimes have to remind myself that he has come a really long way with all his anxiety and sensory issues in the last year and a half. His sensory issues are really almost non existent at this point except with eating, and even there he is making great progress. He does still have some anxiety about doctors, but it is more of an expected or normal fear for his age. He's pretty amazing to have gone through all he's gone through and still have such a positive outlook.

So on the drive to therapy this morning when he was talking about his surgery, when we were coming to the natural end of the conversation and had said enough to satisfy him, Christian says to me, "Mommy, I am going to try to be brave for my surgery." Talk about heart melting, right? I told him that I thought he could be brave and that everything was going to be okay.

Tonight before bed I am going to tell him that tomorrow is surgery day since we have to get up early and be at the hospital at 7:15. I want him to have time to process everything before we are actually at the hospital. That will leave room tomorrow for questions at the hospital as they come, about what noises he hears and what people he meets.

It's a whole different set of circumstances to deal with this time around now that Christian knows what's going on and can understand what's about to happen to him. It's scary for an adult to have to go through, so I can only imagine his fear. I've never had to calm him from the fears he's dealing with this time around, or explain step by step what a doctor will do to him while he sleeps. Before it was just waking up in pain and not knowing what was happening. Now that he knows, it adds a layer to the situation that is brand new to me. It breaks my heart to know that he is sad and scared, and has a 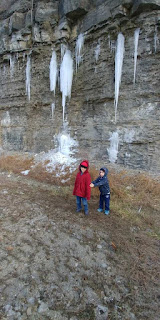 legitimate reason to be, and that I can't take it away.

I know Christian can be brave, now I just need to be brave with him! I can't wait to have this surgery done and Christian hearing well again! By the time you guys read this, surgery will be over and we will be home and resting.

Thank you for being a part of our journey and lifting us up in prayer during the more difficult days!