I Am A Self Proclaimed Helicopter Mom 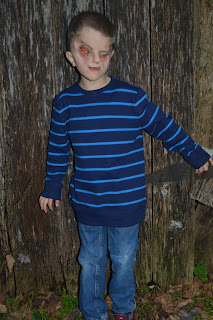 Spend about three seconds on the internet and you will find someone who is offended about the way you raise your kids. They will probably be strangers who don't know you, your situation, or your kids, but they will surprisingly have all the answers to your life. 😒

I've read a few articles about helicopter moms and how this is such a terrible thing. It creates fragile kids who are dependent on others, etc. etc. I've pretty much heard it all in that respect, and while I don't take it personally because hey, I realize these folks don't know me or my situation so they really can't say what is the best way to raise my kids, I will be the first one to admit that I am a helicopter mom. I'm not ashamed of that fact, nor do I think it's making my kids into terrible people. I don't think that parents who are the opposite are doing anything wrong either, by not raising their kids how I raise mine. I think they are probably just doing what they think is best to raise their kids, just like me.

I have always been protective of Christian. Him being my first born, I don't have any other experience to reference. I have no idea what it's like to be a mom to only a "typical" child. I learned how to be a parent with Christian. So, maybe my perception is a little skewed, or at least, not what most people experience. We are all shaped by our experiences and use those experiences to shape our decisions about the world. And these are mine. 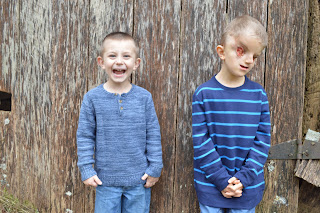 The next three months of my first parenting experience were spent in that NICU and then back and forth to that hospital three to six times a week, every single week, watching my child go through procedures and surgeries at an alarming rate. When Christian was three months old, I watched him come out of a surgery and I wasn't sure he was going to make it through. I sat in a hospital and prepared myself for him die, however prepared one can be for something like that.

Things have definitely calmed down since then, but you can't just walk away from that the same as when you started. I didn't walk away from it unscathed. I have scars left from healed wounds, and while the wounds are healed, the scars will always be there. 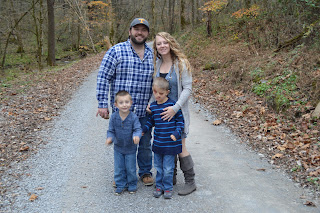 From those first few months as a parent to now, I have fought for Christian against insurance companies, doctors, and SSI. We have spent, rough estimate here, around 1000 hours in therapies in Christian's life helping him make gains and grow in ways that he might not otherwise be able to grow.

For Christian's entire life, I have dealt with push back from people who have no issue telling me point blank that Christian should've been aborted, that he's a monster, or that he doesn't deserve the same rights and privileges as other kids who aren't disabled. I have had to hear people say disgusting and awful things about him, for no other reason than that he doesn't look like them.

For Christian's entire life, I have needed to protect him, to fight for him. I have been forced to be on high alert at all times. You just never know when the next hit will happen or where it will come from. There is an extra layer to special needs parenting that I struggle to even describe. Parenting is basically the most stressful job in the world, except for maybe a shark wrestler. 😂 When you become a special needs parent, you take on this weight and responsibility to the extreme. It is extremely heavy, ever shifting, and always worth it. 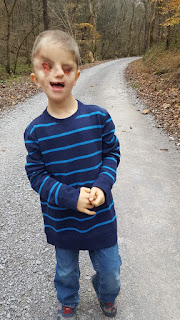 Imagine this. You sign up to play on a soccer league. Soccer looks fun. You might make some new friends, learn some new skills. It's gonna be great! Then you show up to the first practice, and while the coach is telling you this is soccer, all you can see are footballs and baseball bats. Confused, you wonder how you are going to play soccer with footballs and baseball bats, but you try anyways because, hey, you signed up. The coach never clearly or directly answers a single question you have. Everything in this game is relative and up to interpretation. Suddenly, the coach throws in all these crazy rules that you've never heard. On Tuesdays you have to be blind folded when you play. When it's sunny outside, you have to guess the score correctly ahead of time or you automatically lose. Every fifth game is played in reverse. You are confused because nothing makes much sense, none of this is like you expected, and you wonder if you will ever get the hang of this game.

Meanwhile, all your teammates are playing soccer, the soccer you thought you were signing up for, and they are totally oblivious to the fact that you aren't playing the same game they are. They are enjoying the game and playing by the rules you thought you knew. Finally, though, you figure out how to play this strange game. You learn the rules and you actually get good at it. Occasionally, a rule changes, just to keep you on your toes, and you have to learn to adjust, but you always manage. You actually begin to learn to enjoy the game you get to play. You might even become an expert at the game and teach others play, too. It's never not stressful, trying to play this game, because the game is hard, but you learn how to manage that, too. 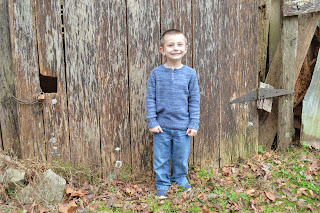 Being a helicopter mom isn't something I chose lightly or decided on a whim. It is something that has
been developed in me over years of stressful situations that were out of my control. It developed through trial and error, realizing that anything else created results that were not good for my boys. Being a helicopter mom doesn't mean that I never allow my kids to learn by trial and error. My kids insist on learning by trial and error a lot. They refuse to listen to me on some things, and just won't stop until they figure out, sometimes painfully. Being a helicopter mom doesn't mean I never let them get dirty. We smear cupcakes in my kitchen every Christmas just for fun. We love dirt. I encourage mud puddles and messes with my kids. It doesn't mean that I don't allow my boys to experience life and protect them from every little scenario.

But I hover. I totally hover. I have to. And I make no apologies for it. Christian's safety just won't allow any different. Shall we even recall the broken nose he just got two and a half weeks ago when I left him alone in the kitchen for three minutes and he managed to fell down our steps in our bedroom? The same steps we have practiced navigating multiple times. The same steps I have asked him not to go up and down unless I'm with him. When you can't see the steps in front of you or the ditch up ahead, every step is dangerous. I have to hover so that Christian can walk safely. I choose to hover so that we have fewer injuries and accidents, although I still can't prevent all. I wish I could!
I hover so that when someone approaches us in public and says something about Christian, I can intervene quickly and help Christian deal with it in a way that won't leave him damaged. When a child runs up and says "What's wrong with his eyes?!" I can turn it into something positive and help Christian walk away from the situation happy and confident in who he is. To some, I'm sure I look crazy, keeping such a close grip, if you will, on Christian, but until they have lived what I live and raise the child I am raising, I just don't let that bother me.

I'm just going to keep looking crazy, I guess, because I am going to continue doing what's best for Christian. So, call me crazy! I'm THAT mom. I am the helicopter mom and I am not afraid to admit it.