Feeling Defeated: An Update on The Nursing Appeal

March 07, 2017
I received the appeal packet for Christian's nursing appeal today, have read through all 200 pages and I am feeling defeated before this appeal hearing even happens. Not because Christian doesn't qualify or need the nursing hours, but because the way the rules are written, they make it nearly impossible to overcome. He not only qualifies, if Christian doesn't qualify, you would be hard pressed to find many children who did.

Tenncare is riddled with injustice and unfair practises in their appeals process and decisions of care. The appeals process is set up to work in favor of the insurance company. It would be a miracle or luck for me to win this appeal, let alone someone who isn't an attorney. The basis on which they decide care is so intertwined with literal word vomit that no rationally thinking person could have come up with it, and no average, low income family trying to understand their rights could ever possibly make sense of it all.
Anyone who takes the time to read the Tenncare Rules can plainly see that Tenncare was not set up with the best interest of the children they serve in mind. It is written to place as many obstacles in the way of receiving care as possible. And we all know why that is. Money. It's about money instead of the child, and I am so disappointed in Tennessee and our government for letting Tenncare get to this point, of being such an obstacle in the way of care for children who need it, rather than
As medically complex as Christian is, there are still hurdles that he doesn't just plainly overcome, because Tenncare made sure that even the most disabled, medically complex child who needs the absolute most care required still has to prove things that they can't prove. 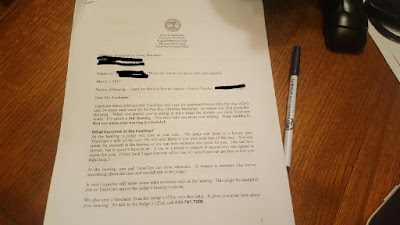 I am sick and tired of proving to people that Christian needs care. Look at him. Look at his list of a dozen different diagnoses. Look at his list of surgeries and hospital stays. Look at his list of specialists. It's not rocket science, but it is medical science. It's also not a accounting, but Tenncare seems to be crunching numbers on this one. My son isn't a dollar figure to the bottom line of a company. He is a human being, who needs medical care that Tenncare makes me jump through hurdles to get AND threatens to take away at the drop of a hat when they arbitrarily decide he doesn't need it any longer. A decision they came to based off some person who doesn't know Christian, doesn't know anything about his needs or his daily life, who comes to our home for one single hour and decides that Christian somehow isn't "that" disabled.

Christian losing his nursing care means that I will have to look into someone who isn't a nurse to care for Christian for those hours his nurses were caring for him. That means that his risk of injury from having an unskilled person caring for him goes up, dramatically. It means I either never leave his side, or leave him with someone who isn't trained to care for him. It's maddening.

It also means that Christian won't be able to finish out his school year at the schedule he's going now. We will have to cut a day of his school, most likely, as that's the only way I can figure to make the hours work as proposed. And it certainly means that Christian won't be able to attend school full time until he is independent and self reliant, so maybe by high school?

It also means I can kiss goodbye my legal career any time soon. Which means my family will continue to be a single income family who falls within the low income bracket. Which means that we will have to depend on services like Tenncare for a much more extended period of time than we could have. Because that's cost effective, huh?

I am still going to go through with this appeal and I am going to fight my tail off. But I SHOULDN'T have to! I should.not. have, to!!!!!! The medical records speak for themselves. His personal doctor speaks on my behalf and thinks it's crazy to take his hours, and I quote his pediatrician, "If Christian doesn't qualify, who would?!" Exactly. My point exactly.