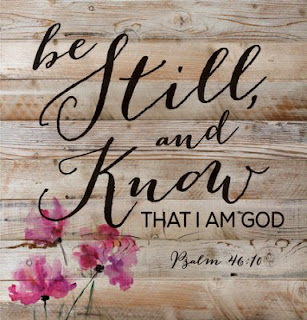 Many of you know that I recently decided to take a break from social media. For several reasons, I thought it would be healthy for me to step back for a little bit, but I also feel like God was calling me to a time of "fasting." I felt God calling me to set aside some of the distractions that life has been throwing at me so that I could hear His voice better.

I didn't know at first what I would be fasting from, I just knew that I needed to. So, I prayed and waited to hear from God. Social media was the obvious choice fairly quickly. Even just being on Facebook recently has really been difficult for me, as some of you may know. There has been an influx of negative and hateful comments on pretty much every single thing I post. I always joke that I could post "I love chocolate chip cookies" on Facebook and someone would be highly offended and tell me how terrible of a person I am. It has always been a joke but what makes it funny is that tinge of truth running through it.

It's almost scary to hear people talk so nasty to strangers over seemingly nothing. I just wonder how our world got into such a shape that hate consumes so many people so deeply. Then I get sad to think about how miserable a person must be to have so much hate within them that they simply can't contain it and lash out any chance they get. It must be a miserable existence to have to carry that.

I really did have some sympathy for these folks after I stepped back from the situation and didn't let my anger get the best of me. But that was just it for me; It was emotionally taxing to have to be the person that was getting unloaded on. It was exhausting to have to deal with other folk's issues because they couldn't or wouldn't handle them for themselves. It was exhausting to have to constantly field comments and block people and no matter how many I blocked, someone else would just take their place. I was walking up in the morning and just avoiding even looking at my phone for a bit because I knew once I did, I was going to have to deal with some miserable person who wasn't able to deal with themselves. I was getting to the point of misery myself, opening my phone every single day to see someone who didn't even know me calling me names, telling me I was a terrible parent to the child they literally knew nothing about, and even having strong opinions on Christian's medical care, of which they knew nothing of his medical condition or history. I have been told more times than I can count by strangers what I should do for Christian medically, upwards to and including putting him through 30 or 40 surgeries by age 6, or just killing him because he must be so miserable.

Some days, it's just hard to absorb the blows. I was getting bitter and angry and way too upset to be able to deal with these folks in a healthy way or in a way God would expect of me.

So, after I decided that I would do a social media hiatus, I needed to figure out what it would look like. This fast isn't about getting away from people. It's about getting away from the mindless dribble that was just consuming me. So, I decided that I would continue to use Facebook Messenger. I have many friends who I only talk to through messenger, or that is the only way they know to contact me. So, I decided to keep that and check messages there and on Christian's fan page. I still wanted to be connected to people.

I did decide that I would not, even once, pick up my phone and mindlessly scroll through my Facebook newsfeed, and I also would not be posting any updates at all. Then I remembered that I have some obligations that I do have to make posts for, including the Cleft Strong 5k in San Antonio, Texas in October that my whole family will be attending. (Cleftstrong5k.com). Promotion of events that I am invited to is just part of it, so I knew I would need to post those. I also decided that I would be posting about some good friends of mine who are going through a difficult time right now with their husband and father battling a brain tumor. I started a GoFundMe and Meal Train to help them out and have been posting about that as well, because I want to help them. I also decided to keep posting my blog, obviously, and sharing my heart here, because it is therapy for me. I truly love my blog and love updating it, but I promised myself I wouldn't read any comments that were made on it. Just post, and leave it at that. Other than that, I decided to post nothing. No cute photos of the kids or the adventures we've had. Nothing.

I also decided that I would not get on any of my other social media at all. No SnapChat. No Twitter except to share my blog link. No Instagram. No YouTube. Nothing.  I needed all the noise to go away. It was simply getting too loud and drowning out what was important.

It's been a week today since I decided I would do this and it's been amazing. I removed the Facebook app from my homescreen on my phone so that I wouldn't be tempted to click on it, and it's crazy how many times in those first few days that I opened my phone without thinking and went to click on that little blank spot where my app was. It was my time killer, my five minute break in the middle of the day when I just needed to get away from the demands of life, my end of day wind down before I went to sleep. I would just turn my phone on and scroll, mindlessly. Now that I type it all out, it sounds absurd.

I think God knew exactly what I needed when He called me to this fast.

I don't know how long this will last, but I know that it won't be forever. I do think, though, that when this is all said and done, I will spend less time reading comments and scrolling through facebook. I love sharing our lives with everyone and I am always amazed to see the people who really come to understand the message we share, and I won't stop doing that just because some people are miserable. I won't let them ruin it for me because I know God called me to share the message I am sharing. But, I am glad that I took a step back and am spending some time reevaluating what I am doing and how I am doing it. I am glad that I am spending less time trying to numb out the world and more time being in it. I am especially happy that I am spending time listening to God and what He has to say to me. Drawing closer to Him is always accompanied by a peace and hope that I can't find anywhere else.

So, thanks for bearing with me through this hiatus, and thanks for being patient with me as I figure this all out. <3