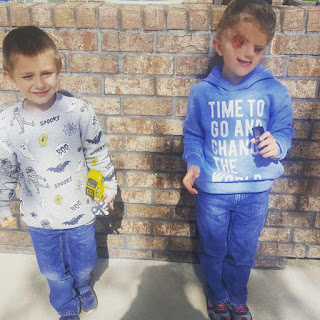 If you have made it this far and followed my blog series on teaching your kids about people with differences, THANK YOU! I am honored that you have trusted me to walk you along this journey in helping your kids learn about differences!

If you have missed any of my posts in this series, you can start with part one here!


Now, on to the final post of this series, Part 5!

When children ask questions about differences, it's because they don't know or understand. They ask to get an answer, not to be cruel. I always assume kids are curious, not mean. That being said, sometimes, when you take the time to explain about a difference and give them a chance to ask questions, it still doesn't convey the whole picture. 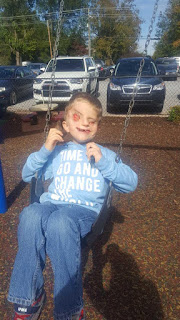 I think there are two important parts to that puzzle. First, I think we should be willing to say so when a child says something that, even though not meant to be mean, can still hurt someone's feelings. If your child said someone had a big belly (Chandler totally did that to me the other day), you'd probably hush them because saying things like that can hurt someone's feelings, even if the person really does have a big belly. 😣😣😣 In the same way, it's okay to tell our kids that certain things are not okay to say, because it can hurt others, even if what they are saying is true. 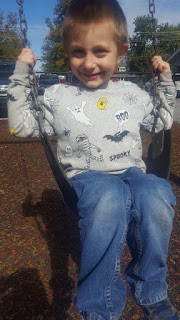 You don't go up to everyone who is dressed in a way that you think is hideous and tell them so, so it's okay to say to your kids, "Hey! Saying that might hurt that person's feelings. If you'd like to ask them about their difference, we can go talk to them." I have totally said something similar to kids in public who say things that could hurt Christian's feelings. I always say it kindly though because they don't realize it will hurt his feelings. They aren't doing it to hurt him. They are just kids who say what they think. Kids will learn what kinds of things are appropriate or not when we teach them.

So, one step in the process is teaching kids how to talk kindly about differences. The next is making a connection. Sometimes kids are so fixated on a difference that they don't think about how a person might be more like them rather than different. I think making a connection between Christian and other kids is so important in the process of teaching acceptance. Because whether kids realize it or not, Christian is much more like them than he is different.

If I am talking to a child about Christian and notice that they are wearing a character shirt, I love to tell them that I like their shirt, and that Christian loves that character too. Sometimes I exaggerate. Occasionally, it's a character that Christian doesn't like at all. But I feel the importance of getting the child to realize that Christian is just a kid like them is far more important. I love to find things to talk about that connect Christian with the curious child. Sometimes, I will say that Christian is six and ask them their age to start a conversation about Christian and not just about his disability. Sometimes Christian will chime in and start talking about something and I will just cue into that and keep the conversation going where he wants it to go. Basically, diverting from the difference and to something the child can relate to.

It's not that his disability is off topic, but that it's not the focus of the conversation, or it shouldn't be.
So, I switch things around and make sure that we talk about things about Christian's personality and find ways to relate them to the other child. 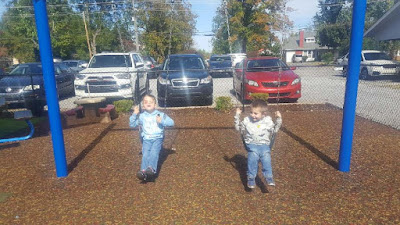 I can see the wheels turning and the "aha" moment on kids' face when it starts to click. I can almost see the bridges being built, and that's the goal.

We are all more alike than we are different. People with differences have the same desires for friends and relationships as anyone else. They want to be treated kindly and it hurts them when they are not treated kindly. That is something we can all relate. I think it's important to not assume that children inherently know this, but that we take the time as their parents to tell them these things.


I hope you have enjoyed this series and again, I can't say thank you enough for following along! If you have had an opportunity to implement anything I have talked about in my series, please comment and let me know how it went! I'd love to hear! Thanks so, so much!!!!!! 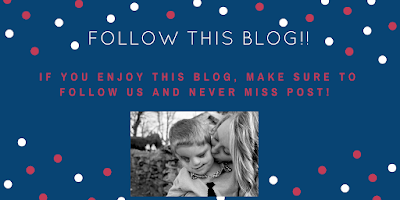