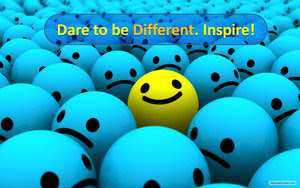 It strikes me as odd that I have been asked many, many times if I will have Christian undergo cosmetic surgery to repair his birth defect. Apparently, it's not an odd question to most people, because I could not tell you how many times I've been asked. The number literally lurks somewhere close to 500, if I had to guess. I am not AT ALL offended by the question, and I enjoy explaining my answer, but still, I find it odd to be asked.

Imagine your beautiful child that you simply adore. Her little button nose, those ears he got from his daddy, that little smile with that one not-so-straight tooth right up front, those freckles that dot her cheeks, that bright red hair, or that jet black hair. As you imagine that, I am sure you have a few emotions that go along with it: adoration, admiration, love. You probably think that your child is the prettiest thing you've laid eyes on. Well, when I look at my child, with tissue in the place of where eyes should be, and a crooked smile that never stops smiling, those long eyelashes he inherited from me, the three scars on his face that remind me of the journey we've been on, that head full of beautiful, dirty blonde hair, and a nose that is now slightly off because of surgery, I feel exactly the same way. And why wouldn't I? Before he was born, I dreamed of this child, I imagined myself holding him and kissing his sweet little cheeks. I prayed for this child, so fervently, that God would allow him to live and me to raise him. I loved this child, with a passion that I have yet to be able to adequately put into words. I carried this child inside of my body, a bond that is indescribable.


So let me present this question to you about your beautiful child, and then explain a few things. There will be people who don't think your perfect child is as perfect as you do. What if those people suggested to you to get your child cosmetic surgery? What if they said, "Are you going to allow doctors to fix that incredibly large nose?" or "You know doctors can remove those freckles with just a few procedures" or "If you get cosmetic surgery for your child, she will fit in better and others won't pick on her." Devastating. Unreal. Who would really allow their young child (or even teenage child) to undergo cosmetic surgery to change their features, the features that you happen to adore in them? Heck, I can remember the controversy that went on a few years ago about a new trend of teenagers getting plastic or cosmetic surgery to "fit in" better and what an uproar it caused. It's just not an acceptable thing to do.

Although Christian looks different than most people, that also hold true for me. I've had to ask myself, and answer the question, "Am I really willing to let my child undergo cosmetic or plastic surgery simply so he can "look better" or "fit in?"" And my answer is no. Now, listen to this as coming from a mother. I say that because I had a plastic surgeon  COMPLETELY misinterpret this statement once. He had suggested to me to put Christian through an 8 hour neurosurgery,(Warning: this part gets a little graphic) where he would cut Christian's head open from one ear to the other, pull the skin back, cut the skull open, move the skull bone down, and reattach it with metal screws and wires that would be in Christian's head for the rest of his life. And the purpose of this MAJOR surgery? Are you ready for this? To lower his right brow bone and make his face more symmetrical. I was flabbergasted. The first thing I could manage to say was "Do you really think the ends justify the means here? Eight hour neurosurgery to just drop his brow bone?" And the doctor was shocked at my question, and didn't really answer it. He fumbled and stumbled and danced around my question, but never backed down that Christian needed this surgery. With the voice of a shaky, young mother who was so unsure about so many things, I tried to explain to the doctor why I couldn't allow that surgery, and why something so cosmetic could not possibly justify an eight hour neurosurgery. About a year later, when we were at Children's for a different specialty, a nurse was reading off Christian's chart to me. She got to the plastic surgery part, and she read "Mother refuses any more surgeries for her child." My mouth dropped. I immediately stopped her and said "THAT IS NOT TRUE!!!!!! Why would he write that?!?" And then it hit me. He completely misunderstood what I had said about Christian and cosmetic surgery.

And here's why:
Christian will have many reconstructive surgeries over his lifetime. But there is a difference between reconstructive surgery and cosmetic surgery. His hard and soft palate were affected by his birth defect, and he will need to have that closed so that he can eat and talk properly. He will also have eye lids formed so that he can open and close his eyes, for protection purposes. He will have lots of surgery to correct his birth defect., and by lots, I mean several dozen  That is the short answer for what he will have done, and we will allow him to have these surgeries.

We, as a family, have decided, however, not to put Christian through lots of purely cosmetic surgeries to correct his facial features for several reasons. For one, we don't want to put Christian through more surgeries then he will already have to undergo. Surgery means that Christian will be in pain, scared, away from the comforts of home, missing out on being a child, friends, toys, fun. To add to the number of surgeries he will have just so he can "look better" seems illogical.

And it seems illogical because we think he is beautiful and perfect just as he is. So, we asked ourselves, if we really think he's beautiful, does it make sense to put him through tons of cosmetic surgery? We feel strongly about helping Christian to grow up KNOWING that he is perfect just the way he is, keeping his self esteem high, and teaching him to love himself. And we feel that we could not tell him those things and have him believe them if we do not prove that we believe them. And if we're constantly letting doctors perform surgery on him to "fix the way he looks," how can we prove to him that we believe he's perfect?

Now, that's not to say that when he gets older, if he decides that he wants the surgeries that we would say no. We would support him 100%. But for us, putting him through painful and scary procedures just so that the world will think he looks better is just simply against all logic and reason! 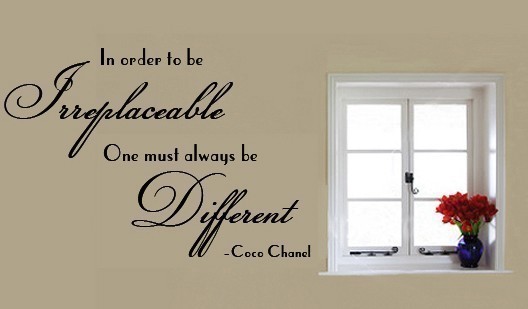 The truth is, no one is "perfect." We all have our own flaws. The secret isn't to get them fixed or hide them, it's to learn to love those imperfect things about yourself. The truth is also that there is no such thing as "normal." Who gets to decide what normal is, anyways? Ask two different people and you will get two completely different answers. In a world that screams "Fit in," I want Christian to know that it's okay to stand out!